Visiting the 9/11 Museum and Memorial: A Photo Essay and Reflection

You are here: Home / Travel In the Americas / United States / Visiting the 9/11 Museum and Memorial: A Photo Essay and Reflection
This post contains affiliate links and I’ll earn a percentage of the sale if you purchase through them, at no extra cost to you. All opinions are my own & I’ll never promote something I don’t personally believe in.
Share on FacebookShare on PinterestShare on TwitterShare on EmailShare on WhatsApp

Visiting the 9/11 Museum and Memorial is one of the best museum experiences I’ve ever had. And when I say “best,” I definitely don’t mean that in a “warm & fuzzy” kinda way because that couldn’t be farther from reality.

However, is this one of the most thorough, well-put-together, and emotionally moving museums I’ve ever toured? Absolutely. I want to warn you–if you’re afraid exploring the 9/11 Museum and Memorial is going to be depressing and gut-wrenching and emotionally tolling then you are 100% correct. But, it should be on your bucket list for New York City.

This post was originally published in September 2016 but has been updated for 2021. We spent three hours visiting the 9/11 Museum and Memorial but we easily could’ve spent five if we didn’t have to catch a train. The memorial is a gorgeous outdoor space open to the public. The museum is the indoor, mostly underground, exploration into the events surrounding September 11th, 2001.

The September 11th Memorial is smack dab on the location of the former World Trade Center buildings and exists in the form of two reflecting pools, about an acre each in size, in the exact space of the Twin Towers.

Bordering the two fountains are the names of every single victim related to this site and all 9/11 events: both World Trade Center buildings, first responders, the 1993 WTC bombing, the Pentagon, and everyone aboard flights 93, 175, and 77. When you see white roses stuck inside a name at the 9/11 Memorial, that signifies that that day is that person’s birthday. Surrounding the reflecting pools you’ll find one of the most sustainable plazas ever constructed and a kind of urban forest, if you will. Beginning in 2003 they held a competition for the design of the future memorial to the recent tragedies.

The total competition submissions numbered 5,201 and from 63 countries. That fact right there astounds me. The glory went to architects Michael Arad and Peter Walker for their design meant to convey the spirit of hope and renewal. Within this “urban forest” stands a very special tree known as the Survivor Tree. This particular tree suffered destruction of its own during the events of 9/11 but was the only tree around to survive.

Authorities removed it shortly afterwards and placed it in the special care of the New York City Department of Parks and Recreation. They babied it, hand-fed it, rocked it to sleep, completely rehabilitated it, and returned it to the memorial in 2010. Today it serves as a symbol of survival, resilience and rebirth.

Even more awesome is the fact that every year three seedlings from the Survivor Tree are donated to three different communities who have suffered recent tragedies. Some of those communities include Newtown, Connecticut; Boston, Massachusetts; and Fort Hood in Killeen, Texas.

(If this interests you, also check out this post on WWII sites in Washington DC where they did a similar thing with Anne Frank’s chestnut tree.) The September 11th Museum is located underground, beneath the former building sites and within the foundations of the former Twin Towers. Here you’ll find photographs, memorabilia and personal items, artifacts, and salvaged wreckage that shows up in many forms.

You’ll hear actual telephone calls and voicemails from those inside the towers after the planes hit. You’ll see news footage of the events and accompanying commentary. And you’ll see the most haunting thing I have ever seen with my own two eyes–security camera footage from the airports of the terrorists boarding the planes.

You’ll hear stories of the first responders and you won’t believe they are real. You’ll see photographs and personal information about each of the 2,983 victims. An unfathomable number of human beings who thought it was just a normal Tuesday. You’ll recall what you were doing that morning when you heard the news and you won’t believe it’s been almost 20 years since. That can’t be right… right?

My BFF (who I went to the museum with) and I had just started our freshman year of college and were asleep in our dorm room when we got a call from an acquaintance. He told me to turn on the TV because terrorists were flying planes into buildings.

I think I laughed it off, like he must be mistaken. We were 18 years old and at that point “terrorists” weren’t really a topic of regular conversation. I went to lunch at the cafeteria that day, ate my broccoli and cheese in silence, wondering if I should go home because we were about to be in a war? I seriously had no clue what was happening but I knew I didn’t want to be six hours away from my family. Nothing put this 20-year span of time into perspective more than seeing this dad telling his son about the events of September 11th, 2001. That kid was not born yet. Let me repeat: there are teenagers alive today that don’t know a world before 9/11.

They have never boarded a plane without taking their shoes off first. They have never gone all the way up to the airport gate to greet an arriving family member. Remember when we could all just run rampant through airports?

What you’ll see when visiting the 9/11 Museum

The above below shows Foundation Hall and the Last Column. I remember seeing this column in photos but never knew the meaning behind it.

Turns out it was the final steel beam removed from Ground Zero after nine months of recovery efforts. It’s covered in mementos, inscriptions, and even missing persons posters. They forged the letters in the quote from salvaged World Trade Center steel. Yet another example of how every single thing in this museum has meaning. While visiting the 9/11 Museum and Memorial you can tour it on your own. However, they also offer guided tours. They’ll tell you the horrific stories behind everything you see such as the above Ladder 3 fire truck and the beams that served as the impact point of the first plane.

We chose the self-guided experience but they have strategically located guides throughout the museum to provide you with all the information and stories you can handle.

Hall of the historical exhibition

Not pictured is the hall of the historical exhibition–the guts of the museum, as they called it. They don’t allow photography in here and advise complete silence.

This exhibit walks you through the events of 9/11/2001, then the events leading up to it, and a breakdown of life afterwards. Here is where you meet the terrorists and learn all about their years-long journey to becoming terrorists for eternity.

You’ll hear a phone call from a man in the first tower to his mother letting her know that it wasn’t his tower that was hit and he’ll call her back later. The presentation at the 9/11 Museum is really unlike anything else I’ve ever experienced. Tickets for visiting the 9/11 Museum can be purchased up to three months in advance. We bought ours about an hour prior from the kiosks located outside within the memorial. They look like ATMs if that helps.

Get the New York CityPASS

However, admission to visit the 9/11 Museum and Memorial is included in the New York CityPASS. The CityPASS is a handy ticket booklet that saves you a ton (40%!) on admission to some of the top sites in New York City that you’re probably going to anyway. (Like the Statue of Liberty, Ellis Island, and the USS Intrepid Museum, for instance.) I highly recommend.

I mean, just look at these pictures, you literally cannot even see where the tower ends and the sky begins. The top three floors–100, 101, and 102–make up One World Observatory, the newest of the sky-high observation decks in New York City. And let me tell you, what an incredible experience that is! Check out the post in that link to see all the amazing details of visiting the observatory at One World Trade Center.

More info for visiting the 9/11 Museum and memorial

Save this info, pin this image: Share on FacebookShare on PinterestShare on TwitterShare on EmailShare on WhatsApp

Leaving Cats at Home While on Vacation: A Complete Guide to Safety & Sanity
Next Post: How to Visit Ellis Island in a Hurry: 8 Ways to Save Time at Ellis Island 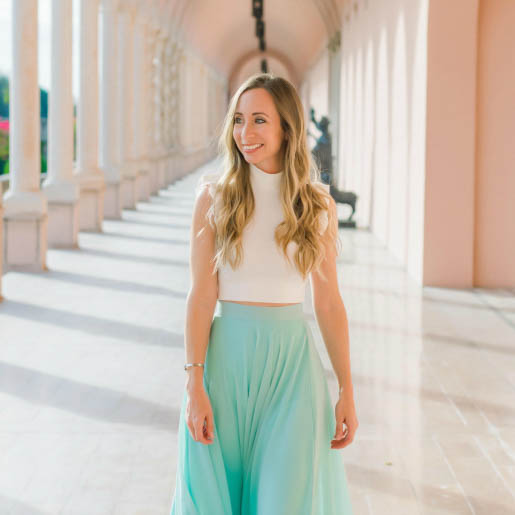 Welcome to My Wanderlusty Life! I’ve made it my mission to help you travel the world on a Time Budget. I hope you like museums, hiking, beer and pretzels!

To learn more about this blog and the girl behind the blog, start here! 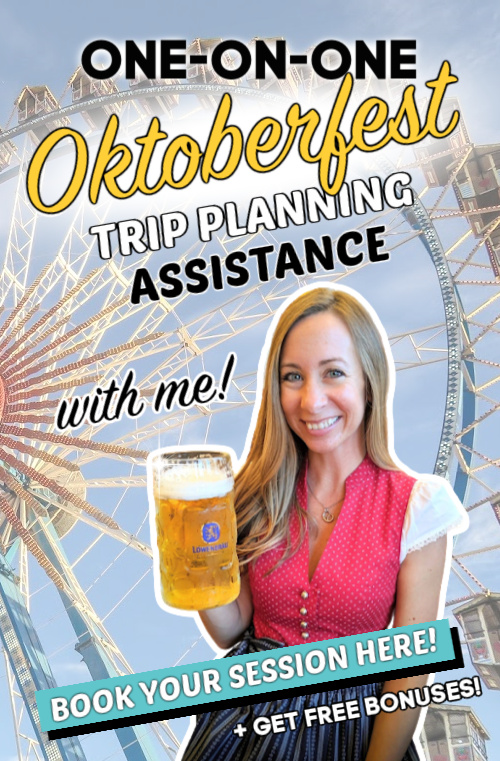 Get fresh posts + the MWL newsletter straight to your inbox!
By subscribing you agree to the terms in my privacy policy.
No spam ever. Unsubscribe anytime.

Get fresh posts + the MWL newsletter straight to your inbox!
No spam ever. Unsubscribe anytime.
By subscribing you agree to the terms in my privacy policy.

The complete party planning guide you need to create a mini Munich at home - in this FREE checklist.
You'll also receive new posts and updates. No spam ever. Unsubscribe anytime.
By subscribing you agree to the terms in my privacy policy. Get this post as a printable, check-off-able list for FREE! Everything you need for your trip to the 'fest.
You'll also receive new posts and updates. No spam ever. Unsubscribe anytime.
By subscribing you agree to the terms in my privacy policy. Get the free printable Memphis checklist here!
*Updated for 2021 Get my complete printable Oktoberfest packing checklist for FREE! Everything you need for your trip to the 'fest.
You'll also receive new posts and updates. No spam ever. Unsubscribe anytime.
By subscribing you agree to the terms in my privacy policy.

Get both of my Washington DC posts as a compressed, printable itinerary with full resource list for FREE!
You'll also receive new posts and updates. No spam ever. Unsubscribe anytime.
By subscribing you agree to the terms in my privacy policy. 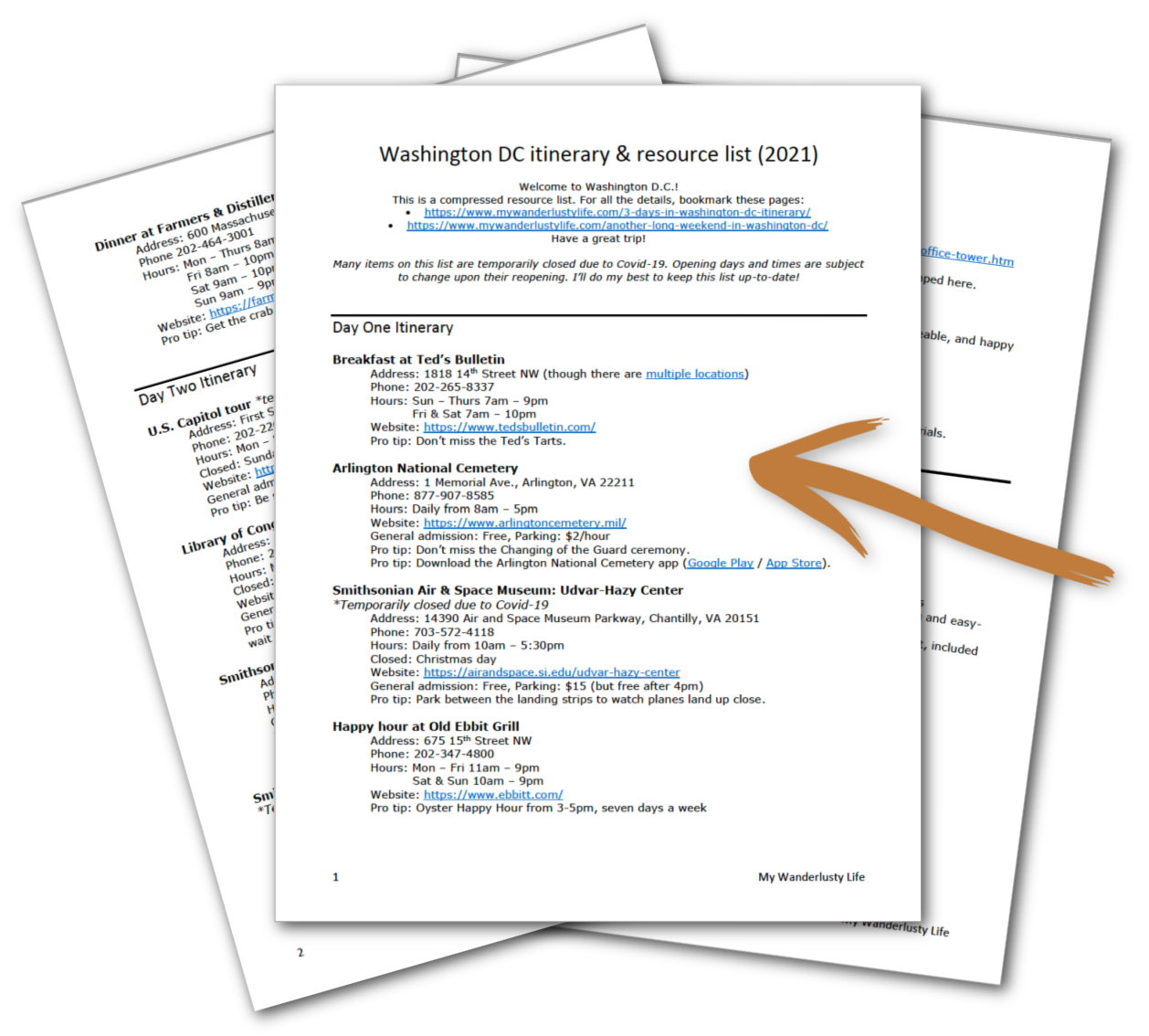 No spam ever. Unsubscribe anytime.

Get my 2021 Belize Packing List here!
Get the printable Belize packing checklist for FREE!
You'll also receive new posts and updates. No spam ever. Unsubscribe anytime.  By subscribing you agree to the terms in my privacy policy.

Get your free Boston checklist + map here!
Get the complete 2021 Boston Bucket List in printable checklist form for FREE
🦞🦞🦞
Includes 12 bonus activities + digital map of every location mentioned
You'll also receive new posts and updates. No spam ever. Unsubscribe anytime.
By subscribing you agree to the terms in my privacy policy.